Venture capital usually knows only black or white, zero or one: either a start-up makes it, or it doesn’t make it. How do you navigate in such dangerous waters? When is the best time for a venture capitalist to get on board?

There is a traditional “ladder of finance” for start- and scale-ups. It starts with the 3 F’s: family, friends and fools. This group generally invests the first Euros into a new idea. As soon as the project continues, next steps are to look for Grants (free money; usually from the state or the EU) and/or your first business angel: a serial-investor who is either coming alone or as part of an “angel-group”. By now, the start-up is getting on the radar for venture capital firms that will now, depending on their investment focus, consider joining the party. 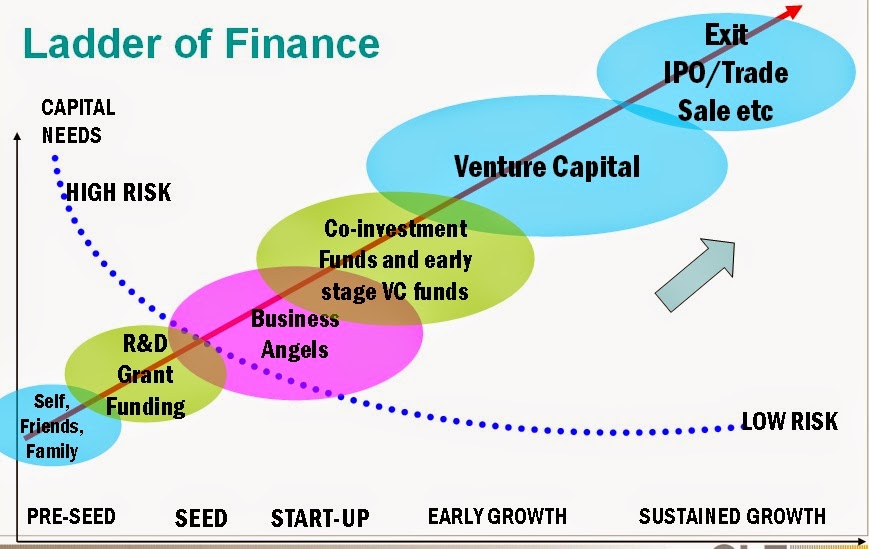 Usually this happens during so-called series A or series B rounds which are sums in the 7–8-digit sphere. But this sweet spot for venture capital investors seems to be shifting this year. CUT

Pitchbook writes: “The highly fragmented seed fund market is bulking up with investors better known for writing checks out of their mega-funds”. What is happening there? Why do conventional later-stage VC funds start to put their money into seed investments which are start-ups that are far earlier in their development than classical series A or B companies?

Multistage firms are funds that are invested in various stages of start-ups compared to specialized funds that are looking for only early-stage, series A and so on. Usually, multistage funds are huge in volume, giving out much higher tickets than small early-stage investors. Compared to their normal ticket size, the sums that seed start-ups are collecting, are really a drop in the ocean for multistage funds. They might be just gambling, investing 1% of their annual volume in some “punts”.

Some bigger funds go in as a lead-investor for a seed round only together with seed-specific or domain-specific funds. In that case they ensure that there actually is a strategic partner on the sideline, who has the resources to help the start-up grow since the big funds mostly have hundreds of investments to take care of.

3. They are setting themselves up for the big rounds

Especially this year, venture capital is a highly competitive environment. There are a lot of good deals but even more money to be invested. Therefore, venture capital firms are trying everything to get the best deal before the competitor does. Buying into a start-up in the seed-stage gives the fund a high chance to lead the following rounds (which are the competitive ones where everyone wants to join). You are securing yourself a seat in the front row for later stage investments, betting on a start-up early on. 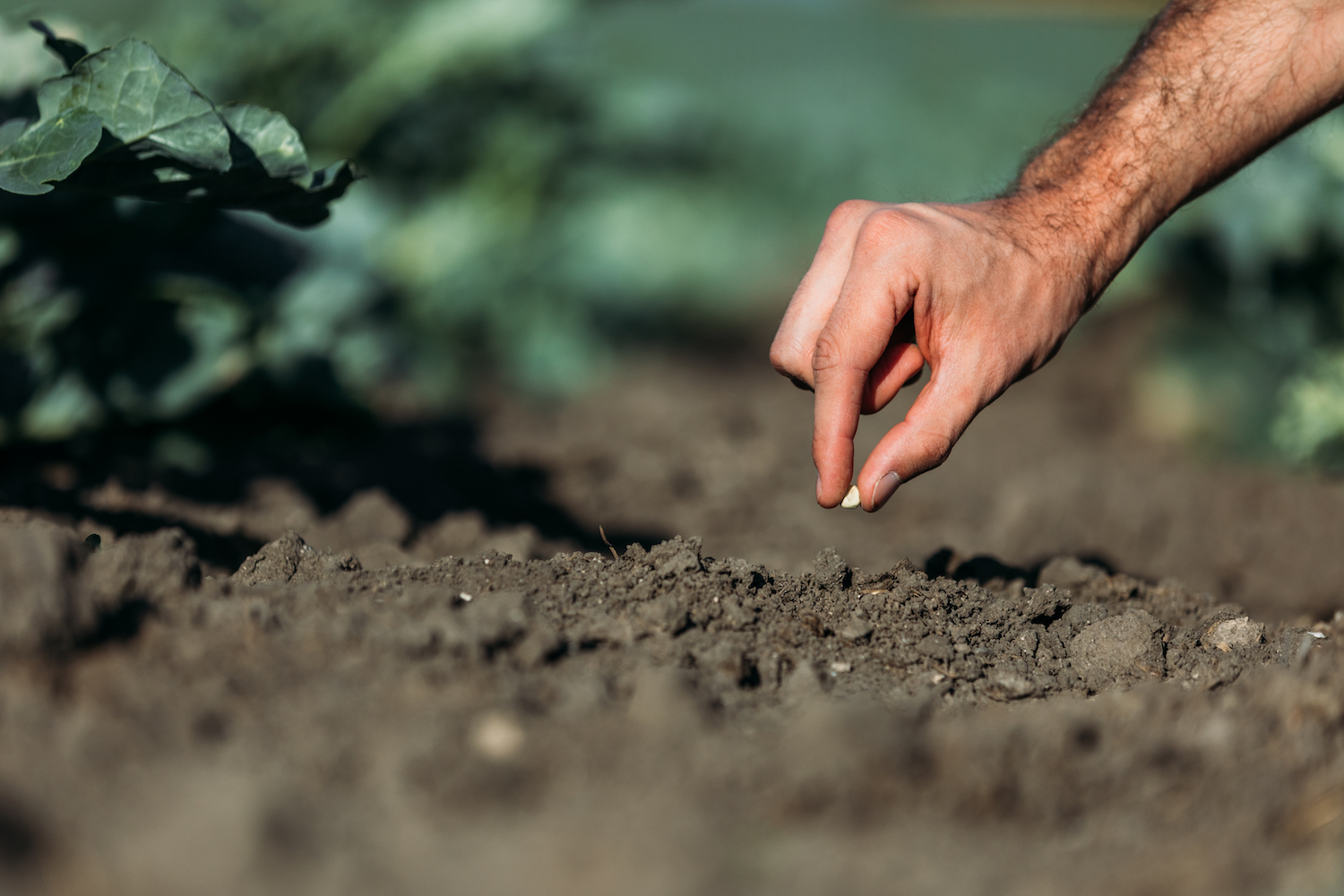 Eventually all this can lead to the same level of competition in the seed investment stage for funds like we currently have in later stages. As soon as the big players start hiring people and setting up teams to solely focus on seed-investments, small early-stage funds need to start getting creative. This involves for example becoming experts in a certain niche.

The question is: why should someone invest in the seed stage while being exposed to considerably higher risks than in later stages as soon as the company is backed by others and has (at least nearly) a positive cashflow.

The reason has 5 letters and doesn’t grow on trees – VC funds are eventually just companies with sales and profit targets themselves. They are mostly not in the game for fun but to make some serious money. And the big returns are possible only in early-stage investments. How do they at least keep their risks in an acceptable range?

There are several boxes that need to be checked off in advance of investing in an early-stage or even seed start-up. This is where Aescuvest can provide some edge over going all in by yourself.

The biggest advantage of looking for a good deal via Aescuvest is that all the work has been done in advance by us. And we are very picky when it comes down to assessing a start-up since not only our investors’ money is on the line but also our own reputation. 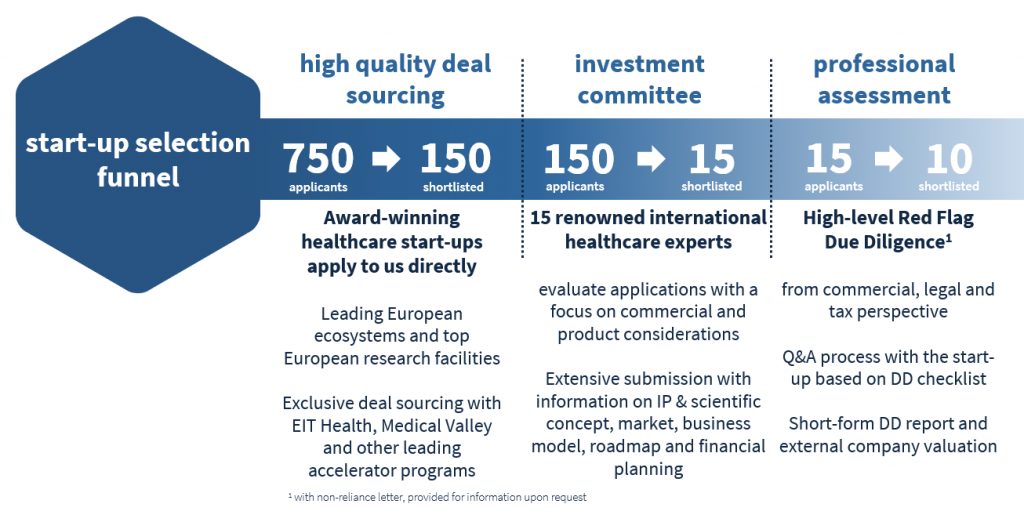 Our Investment Committee is a team of 15 experts in healthcare and business. Each of them is giving a thorough analysis of an applicant before our internal analysts are taking a deep look into the start-up. 90% of all applicants were historically not accepted as investment opportunities. But the 10% that were, are a perfect option if you are considering investing in early-stage start-ups like many VC’s are doing at this very moment as well. Don’t wait for better times – they are usually gone already.

More about one of our newest campaigns 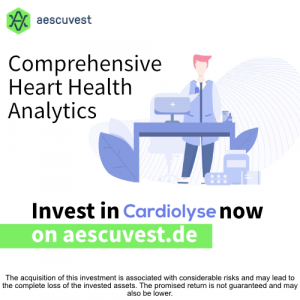