Fancy a little thought experiment? Try this one: Think back to your personal early days. Depending on your age this could be for example the 60’s or the 70’s, 80’s or even 90’s. Imagine how the cars looked back then, how the people dressed, how a typical office looked like, how humans communicated – now imagine, someone came up to you and said: in 2020 humans are going to communicate through a little device that is more powerful than the best supercomputer and everyone, even the kids in rural Africa, are connected through a network called “the internet”. Cars are already driving without human interaction. Oh, and there are drones! Flying robots that you can control with your small supercomputer, called the “smartphone” by the way.
You would be sitting there going sarcastically: “Yeah, right… And America had a black president by then as well.”
Do you get the point? Things changed rapidly and for a fact they are going to change even more rapidly in the decades to come.

A new form of gene-editing

Back then, scientists were already researching about gene-editing. In the 90’s the first genetically modified tomato was created – longer lasting and more delicious. Most people don’t know, but even the CRISPR itself was discovered already in the 80’s. It just took some time until researchers unraveled the true potential of the technology. Since the discovery of its gene-editing capabilities in 2012, scientists have marveled at the applications of CRISPR (also known as Cas9 or CRISPR-Cas9). In 2015, Chinese scientists started to use its power for the first time officially on human embryos to eliminate diseases in the newborns.

For fruits and vegetables it took less than 20 years to adapt gene-editing completely – how long is it going to take until humans are selecting height and eye color for their babies?


CRISPR is getting very famous the past years – reveals google trends.

Definitely too complex to understand in depth by non-medical people. On a higher level though, it is possible to grasp what CRISPR is about by illustrating a use-case. 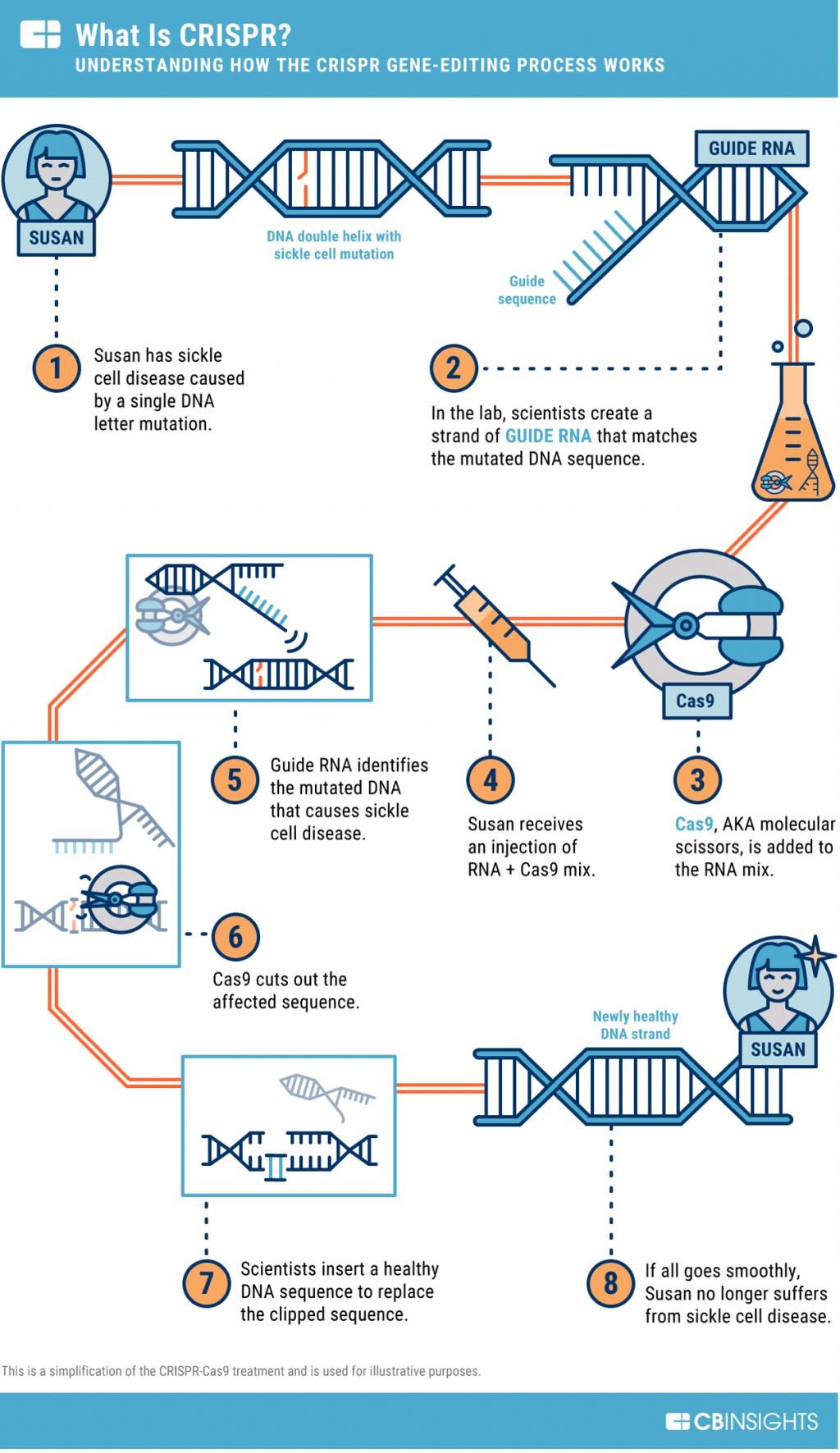 Now we have a basic understanding of how CRISPR works but what is far more interesting is: What can CRISPR do?

The technology around CRIPSR is being used already. There are companies like CRISPR Therapeutics that are already providing products against diseases like diabetes. The publicly-traded company was valued at around $10B as of August 2021.

Caribou Biosciences has been around since 2011 and it therefore the longest operating CRISPR business out there. The company went public in July 2021, raising over $300M. Caribou is developing several potential treatments for various diseases. One of these is CB-010, which fights B-cell non-Hodgkin’s lymphoma.

There are multiple use cases for CRISPR ranging from improving the cattle economy, eliminating dangerous malaria mosquitos or, last but not least, fighting cancer. Eventually, CRISPR could help humanity fighting against aging in general and enabling “infinite” life, it can help getting rid of chronic diseases and can even help humans adapting to difficult living circumstances in outer-space.

There is always a flipside

Of course, such a powerful tool comes with certain risks attached. Gene-editing carries a lot of dangerous use-cases for new generations of bioweapons.

Moreover, we don’t know the long-term effects yet and CRISPR could disrupt the natural and often delicate balance of wild ecosystems. The domino effect of consequences through ecosystems is impossible to predict. Editing the genes of humans towards disease resistance would mean, that down the line all the non-gene-edited humans stop passing their DNA towards the next generation until eventually all humanity is carrying edited genes – a new species? Going gown this thought lane usually quickly leads to dystopian ideas of a future world.

At Aescuvest we like to take a broader look at markets and science. What CRISPR is symbolizing, is the fast pace of innovation in general. Telemedicine, digital patient records, artificial intelligence, individual care, real-world-evidence research and so on. The list of current innovations is long and we are working day for day to stay up to date.

Are you ready for the change? Are you as an investor put your eggs in different innovation-buckets? Are you investing in the future or in the past? At Aescuvest our job is to identify the next big trends and sharing insights of the digital health world with you.

More about our latest campaign 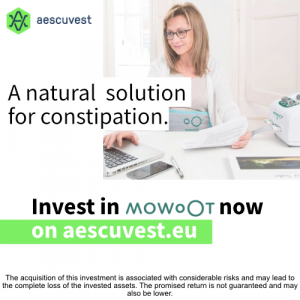